"What would you attempt to do if you knew you could not fail?" 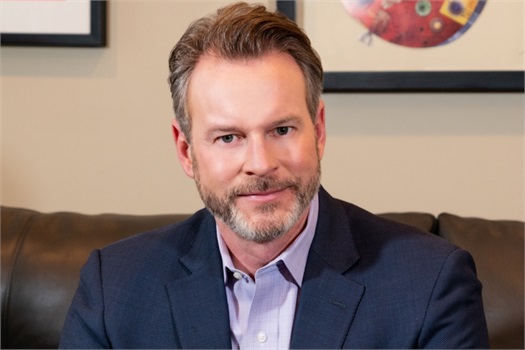 Paul T. Murray, AIF®, ChFC®, CDFA® joined Morgan Stanley in the year 2000 and became a financial advisor because he wanted to help people live the life they desired, on their terms. At that time, he was 30 years old, and he had spent the previous decade pursuing a life he thought he desired, but was too young and inexperienced to know for sure. The birth of his son Ryan in 1994 helped him prioritize and focus his efforts and talents, which ultimately led him to pursue a career in providing financial advice. Now, twenty years after earning his first professional licenses, he practices as an independent financial planner and advisor, and works with a select group of private clients and their extended families, helping them make smart financial decisions in all areas of their lives. These days, he draws much of his inspiration from his young daughter, Lily, and his wife, Michelle. We thought an interview format would be a great way to share more about Paul, what he believes in, and how he helps his clients.

What do the letters at the end of your name mean and why are they important?

Today, more than ever, investors should be seeking financial professionals who value continuing education and professional improvement. AIF® stands for Accredited Investment Fiduciary®. Put simply, a fiduciary acts solely in the interest of their clients, making recommendations that are focused on benefiting them, not the advisor. ChFC® stands for Chartered Financial Consultant®, which is the highest standard of education for financial planning professionals. A ChFC® must complete all of the courses of study required for CFP® certification, plus two additional courses focused on investments and estate planning. Finally, CDFA® stands for Certified Divorce Financial Analyst®, and I am uniquely trained in analyzing the financial considerations of divorce. In addition, I am a member of Ed Slott's Master Elite Advisor program where I receive intensive tax and retirement training twice yearly.

What one piece of advice would you give investors in this day and age?

I'm sorry, but I have to give you a two-part answer: get help early, and it's never to late to improve your situation. Developing a plan for saving the right way in the right accounts begins in your 30's and 40's. You need to set goals, and develop a plan to save the right amounts and protect your family if something were to happen to you. When you are at or near retirement age, you need to focus on maximizing after-tax income and minimizing risk. Set it and forget it is a losing proposition, and saying "I wish I did this earlier" is not an excuse to maintain an inefficient or outdated strategy. Financial Planning ties it all together and, whether they have young kids or the kids are all grown and married, all of our clients have a financial plan.

What are the most important areas on which investors should focus?

Taxes. It doesn't matter how much money you've saved, it's all about what you really have after-tax. Tax Rate Risk is one of the four major risks in retirement. The IRS is your retirement partner, but you do not know what portion of your retirement they actually own. That is dependent on tax rates. Will you pay a 20% rate? 25%? 35%? While it is somewhat unknown what the exact rates will be for you in retirement, what is clear is that taxes must go up. With $26 trillion in National Debt and counting, budget deficits running at $1 trillion per year, Medicare insolvency in 2026 and Social Security insolvency in 2034, I believe there is no way for our country to fulfill its promises without raising taxes on all Americans. I help our clients minimize or completely eliminate taxes in retirement by helping them shift their assets from which my friend Ed Slott calls "forever-taxed to never-taxed."

How can you eliminate taxes in retirement?

The IRS has provided us with the rule book and guidelines. It is all there. You simply need to direct your savings and your assets to the right buckets, as I call them. One of the most famous ways to achieve this goal is through Roth investments and Roth conversions, but most people do not know how to develop a multi-year Roth conversion plan that will actually save them from paying higher taxes in retirement. And Roth conversions are not the only path to a tax-free retirement. Everyone's goal should be to take advantage of today's historically low tax rates to position themselves to pay little or no taxes in retirement. There is a path for everyone - no exceptions. One of the biggest services we provide to our clients and prospective clients is a personalized Roth conversion feasibility study. It shows how much more money you'll have to spend or pass on to heirs, after-tax, if you follow our roadmap to shift your assets from Traditional IRAs and 401(k)s to Roth IRAs.

What should be another area of concern for investors?

It's another two-part answer: investment risk and investment cost. Market Risk is also among the four major risks in retirement, and it never surprises me to see a significant disconnect between an investor's attitude about risk, which is their comfortability with losing money in the market, and how much risk is in their investment strategy. We generally seek to help our clients build wealth, or maintain their wealth, with the least amount of risk than is necessary to achieve their goals.

And then there is cost. We've broken the 1% rule and I am proud of that. The cost of working with an advisor should include both planning and investing, which go hand in hand, and charging 1% to just manage investments is overpriced and wrong. Investing requires a financial plan and every one of our clients can receive their own plan with access to a secure and private planning portal.

How should an investor go about finding an advisor or financial planner?

I believe that experience is most important, and having had the opportunity to work with clients through two of the worst downturns in the last half century prepared me to develop and offer the kind of complex financial planning and investment management that my clients have come to rely on. But probably more than anything else, you have to have that gut feeling that you really like and trust the person to whom you will entrust your financial future. There are a lot of experienced and qualified advisors out there, but the one you choose should focus on providing you with special attention to your wants and needs, rather than asking you to fit into their system. We manage that by maintaining a smaller group of clients we can get to know better, and with whom we can have closer relationships. My dad once gave me a paperweight with the saying "What would you attempt to do if you could not fail?" I let that simple question guide me in my life and in my work with my clients.

Any final words of advice for investors?

Do not ignore or run away from the Long-Term Care conversation. AARP and other reputable organizations estimate that 70% of those over the age of 65 will experience a Long-Term Care event in their lives. It could be one of the biggest drawdowns of your savings, and it could leave you reliant upon your kids for care at the busiest times in their lives. No one wants to be burden to their children. Take the time to learn about the future costs and options for dealing with Long-Term Care needs. It could be the difference between leaving and inheritance to a care facility or your loved ones.

Schedule A Consultation With Paul